The extreme weather events experienced over the past winters are declared by many leading climatologists to be more typical of what we can expect from climate change in the future.

There is also growing concern about predicted sea-level rise and its impact on both coastal erosion and flooding around the Welsh coast.

Century-end sea levels of 18cm to 59cm higher than at present were projected by the 2007 Fourth Assessment Report of the Intergovernmental Panel on Climate Change (IPCC AR4). Recently published research suggests that the rate of sea level rise is increasing and thus these projected levels are likely to be under-estimated.

The National Assembly for Wales projects a 36cm sea level change by the 2080's in their report a Quick Guide to Coastal Erosion and Sea Level Rise, which highlights the challenges and potential costs that might arise.

Already such global climate change is impacting communities along the coast and well up rivers in North Wales.

In Wales, the Welsh Government estimates that 220,000 properties (11% of the total) are at risk of flooding from rivers and the sea, causing an average of £200M of damage per annum

At least 60% of Wales’ inhabitants live on the coast – and North Wales has the added complication of tens of thousands of static caravans, many at vulnerable low-lying sites immediately behind sea walls and/or alongside vital main-line railway and highways infrastructure. Any development that can alleviate these potential flooding problems should be welcomed.

When built in the 1850s, the North Wales Coast line (also known as North Wales Main Line), was over 200m from the sea. Some 160 years later, the line runs almost along the high water mark and is under serious threat from rising sea levels. Similarly, the A55 (E22) has many exposed sections as it skirts the coast.

North Wales has real and immediate challenges to address. Other low lying areas along the coast are also at risk.

Building the bund wall envisioned by North Wales Tidal Energy will enhance coastal protection for threatened communities, whilst mitigating the impact of storm surges and extreme high tides and might help rivers such as the Clwyd drain into the lagoon rather than backing up and causing damage. 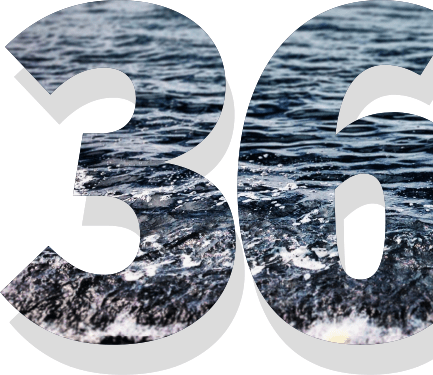 The National Assembly for Wales projects a 36cm sea level change by the 2080's in their report a Quick Guide to Coastal Erosion and Sea Level Rise, which highlights the challenges and potential costs that might arise.